A construction permit was granted last year by the FCC and new transmitters were purchased and installed in the fall. The antenna portion of the project began in March. The general contractor, Precision Communications of Grove, Oklahoma, has installed a temporary side-mounted antenna that will broadcast the stations signals beginning sometime next week.

“The tower is being rigged now to withstand the weight of the construction project,” explained Vickery. “The temporary antenna will have decreased power and some Over-The-Air (OTA) households may lose signal, temporarily, during construction.”

Next week, the current 153-feet-tall digital antenna stack (weighing 20 tons) will be removed from the top of the 1,000 feet tall broadcasting tower and brought to the ground. Then the new antenna stack, weighing 12.5 tons, will be installed. Vickery said he expects the remainder of the project to take two to three weeks to complete, weather permitting.

Viewers can stay informed about the project by checking a dedicated website page at koamnewsnow.com/power. Daily updates are posted on the site and a dedicated camera feeds live video of the project for viewing. In addition, the KOAM News Department will provide updates during newscasts, on the KOAM News Now app and its other digital platforms. 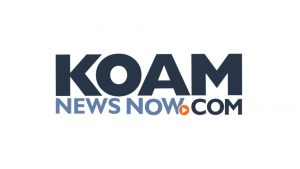 Written by Davida Turley of Storm Cloud Marketing From the outside looking in, the words “creativity” and “data” may appear to be at different ends of the same spectrum. But, in marketing, they are more […]

If you’re launching a new business, your new website presents an opportunity to go beyond the basic one-page template listing your hours and general information. It’s a chance to create a dynamic experience with relatable, […]