(Neosho, MO) – The Crowder College Theatre department will hold its summer production of Annie Jr. The production is based on the book by Thomas Meehan and will be directed by Shirley Gollhofer. It will run four shows in three days: June 16 and 17 at 7:00 each night and June 18 at 10:00 am and 2:00 pm in the Elsie Plaster Community Center on the Neosho campus.

Based on the popular comic strip and adapted from the Tony Award-winning Best Musical, with a beloved book and score by Tony Award winners Thomas Meehan, Charles Strouse, and Martin Charnin, Annie Jr. features everyone’s favorite little redhead in her very first adventure. With equal measures of pluck and positivity, little orphan Annie charms everyone’s heart despite a next-to-nothing start in 1930’s New York City. Annie is determined to find the parents who abandoned her years ago on the doorstep of an orphanage run by the cruel Miss Hannigan. Annie eventually foils Miss Hannigan’s evil machinations, finding a new home and family in billionaire Oliver Warbucks; his personal secretary, Grace Farrell; and a lovable mutt named Sandy.

Roles and cast members for the production include:

Tickets for this G-rated musical are $12 for adults and $8 for children. Tickets may be purchased at the door or online. 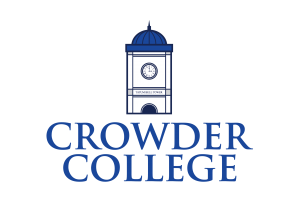 (Joplin, MO) – Downtown Joplin Alliance (DJA) is gearing up to bring this year’s Annual Sidewalk Sale to you this weekend! Downtown businesses are preparing sale items with deals coming from community favorites such as Sophie, Blue […]

(Diamond, MO) – Held completely online for the first time in its history, and open to third and fourth grade students across the four-state region, Carver Art and Essay Contest encourages artistic expression and trait-based […]