Hall of Fame inductees are selected by the athletic administrators in Region 16 from all sports. All coaches nominated must meet the following criteria and received at least 75% of the potential votes cast from the region meeting:

Developing players to continue their baseball and college careers is another accolade Coach Lallemand has earned. He has coached 48 Region 16 1st team players, 14 NJCAA All-Americans, 6 Region Players of the Year, and 4 Region 16 Defensive Players of the Year including 35 drafted players and 120 players moving on to the Division 1 level after Crowder.

“It is an honor to be recognized by my peers in Region 16 and to represent Crowder College for all the work we have put in to the program.  This is a representation of all the former players that have made these 17 seasons very successful and all the tireless efforts of my assistant coaches over the years as well,” stated Lallemand. 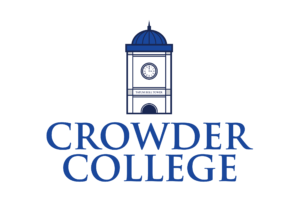 Programs Approved by Missouri Southern State University’s Board of Governors

(Joplin, MO) –  The Board of Governors at Missouri Southern State University (MSSU) approved the creation of two new academic programs during a meeting Wednesday, June 16. The Bachelor of Science in Biomedical Sciences and […]

(Joplin, MO) – Eight local high-school seniors were recognized as recipients of the Golden Lion Award during an event held Tuesday, June 8, at Missouri Southern State University (MSSU). While there are many scholarships that […]

One of the great joys of higher education is seeing how the experience and relationships made can change the course of a student’s life, says Dr. Dean Van Galen. It’s something that he has experienced […]