And Then There Were Five

With only five weeks remaining in the 2022 legislative session, the action in both chambers will continue to intensify as legislators try to pass legislation and get their priorities signed into law. I am pleased to report that several more of my proposals have advanced through the legislative process this week. On April 5, I presented Senate Bill 947 to the Senate Insurance and Banking Committee. Although this brand new proposal has very technical elements, its main function is to develop a system to exempt prior authorizations for health care providers within health carriers. The Missouri State Medical Association shared some startling statistics on this topic, noting that half of the medical dollars spent in the nation go toward drugs and administration while medical practices spend an average of 17 hours a week to obtain prior authorizations. Eliminating this step will have an estimated fiscal impact of $30 billion a year. Streamlining the prior authorization process will help improve services between the provider and the patient.

My public utility bill, Senate Bill 756, is first on the Senate perfection calendar, so I hope it will be debated soon so utility companies and consumers can reap the important benefits of grid modernization. Senate Bill 1133, which prevents the Board of Pharmacy from taking disciplinary action on a pharmacist who dispenses ivermectin or hydroxychloroquine, was voted do pass out of committee. My legislation to implement the federal Family First Prevention Service Act and assign a qualified individual to ensure that a child in care of the state is appropriately placed, Senate Bill 823, passed out of the Senate and will be soon considered by the House.

I’m also pleased to report two of my Senate concurrent resolutions were adopted this week. Senate Concurrent Resolution 28 encourages the president to authorize a state funeral for the last surviving Medal of Honor recipient upon his death, and Senate Concurrent Resolution 34 will expand Wilson’s Creek National Battlefield to include Newtonia Battlefields in the National Park Service.

Children and Families: Prevention with Purpose

The theme for this year’s National Child Abuse Prevention Month is “Thriving Children and Families: Prevention with Purpose,” a call to action to help children and families handle stressors, build on strengths, and lean on others. To learn more about these family supports, download the Prevention Resource Guide, read the conversation starters and spread the word that child abuse prevention is everyone’s job.

To celebrate the observance, the Children’s Center of Southwest Missouri is sponsoring Go Blue Day on April 15 and Third Thursday in downtown Joplin on April 21 to encourage everyone to help positive childhood experiences take root.

Please take advantage of this opportunity to show the rest of the state some of the beautiful agricultural properties and hardworking farmers in our community. The annual Focus on Missouri Agriculture photo contest has five categories, including Beauty of the Farm, Faces of the Farm, The Farmer’s Life, Pride of the Farm and Children’s Barnyard. Photos must be submitted by June 10, and the winning entries will be on display at the Missouri State Fair in August.

One of the bills I sponsored last year came to fruition on April 2 when the National Guard armory in Joplin was renamed the Sergeant Robert Wayne Crow Jr. Memorial Armory. His wife, family and members of the 203rd Engineer Battalion who served alongside Sgt. Crow in Afghanistan attended the ceremony and boasted about his selfless service and heroic actions in the line of duty. 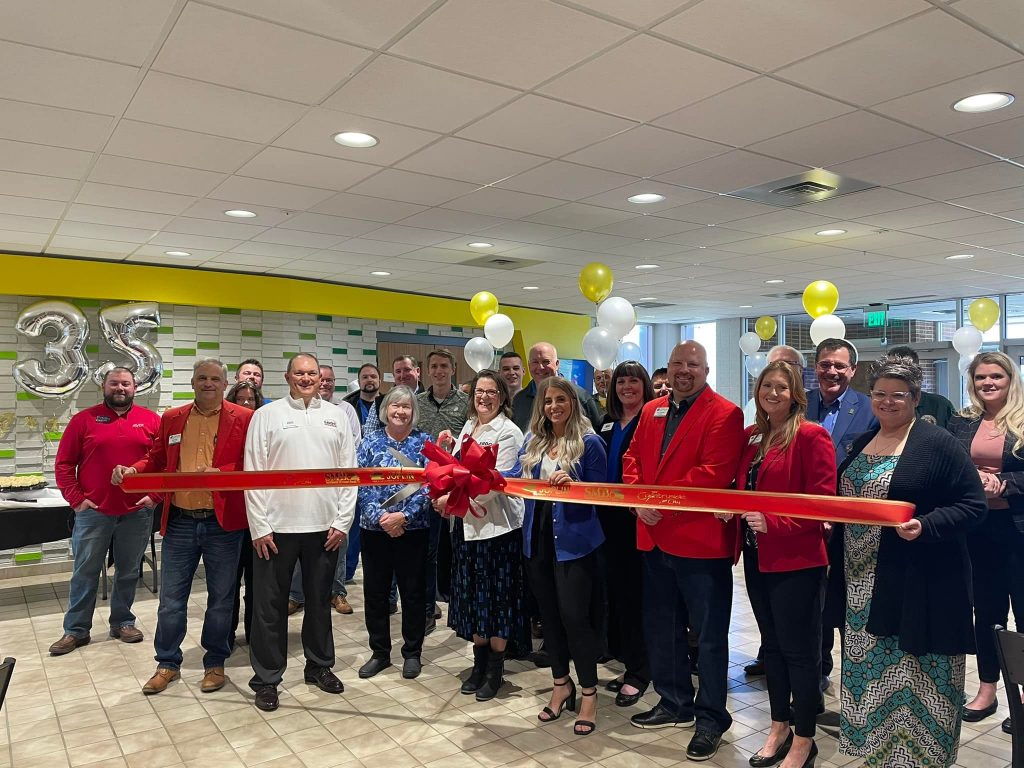 Thanks for stopping by to visit with me while you were at the Capitol this week. I enjoyed meeting with you and discussing issues that are important to you and our community. 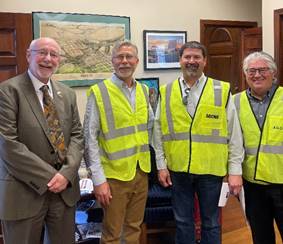 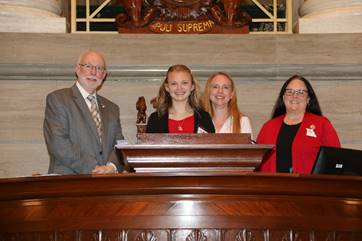 Senator White joins Lily and Hilary McCaw and Linda Uselmann. Lily was named a Missouri Federation of Republican Women Joanne Breckenridge Scholar for 2022 during a ceremony at the Governor’s Mansion on April 5. 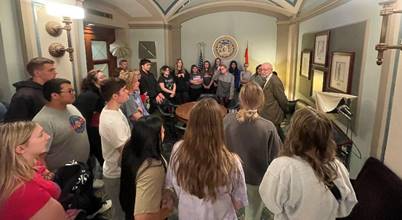 Senator White addresses students from Carthage Technical Center who were in Jefferson City for the Skills USA competition. 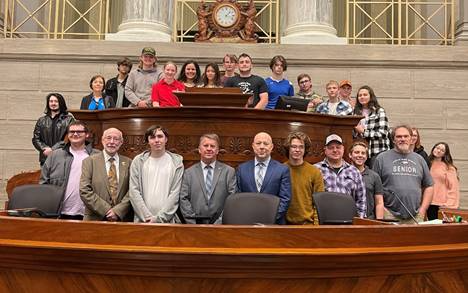 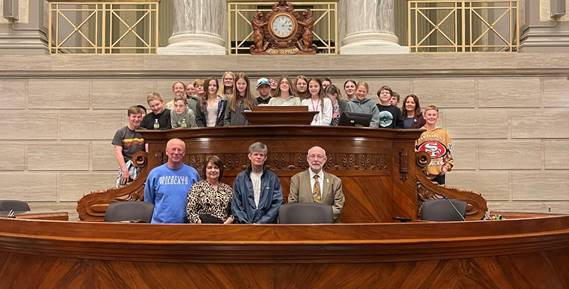 Students from Greenfield R-IV join Sen. White in the chamber.

(Joplin, MO) – Due to weather conditions, the City of Joplin and the Joplin Historic Preservation Commission (JHPC) have canceled the neighborhood public meeting scheduled for February 24 to discuss the East Town neighborhood and […]