(Joplin, MO) – Joplin Schools is pleased to announce Matt Harding as the new Assistant Superintendent of Operations for Joplin Schools. Harding steps into the new role on July 1, 2022.  For the last six years, Harding has served as the principal at North Middle School. He will begin his new position starting July 1, 2022.

Harding has been with Joplin Schools for 23 years serving in different roles. He began his teaching career in 1999 at Joplin High School as a Social Studies teacher, and he eventually served as chair of the social science department. He also coached football and baseball for many years. Mr. Harding was promoted to assistant principal of Joplin High School in October of 2010. As assistant principal, he managed the discipline and attendance of the sophomore class while working directly with the faculty to improve academics. His collaboration with the mathematics department was an essential facet of the school improvement initiatives at Joplin High School.

Dr. Sachetta, Assistant Superintendent for Operations at Joplin Schools, stated, “Matt Harding’s experience as a middle school and high school administrator and his service on a number of committees for the district has prepared him for his new role, and we are excited that he will be joining our administrative team.” Mr. Harding has served on the Long Range Facilities Planning Committee in 2014 and 2019, and he became a member of the district’s Facility Assessment Team. He also participated in selecting district architects, furniture vendors, and construction managers.  In addition, in 2016, his peers voted for him to chair the district Health Benefits Committee.  The Health Benefits Committee made several decisions that resulted in substantial benefit increases for district employees.

Dr. Moss, Superintendent of Joplin Schools stated, “Mr. Harding will provide the students and staff of Eagle Nation excellent service as the Assistant Superintendent of Operations. He is always ready and willing to help if an issue arises. He has the whatever-it-takes attitude, work ethic, and intelligence necessary for success. There is no task treated as an inconvenience or beneath him.”

Harding commented, “I am honored and humbled to support the mission and vision of Joplin Schools in this new role. I have learned so much from the students, teachers, and families I served at Joplin High School and North Middle School. My family and I are invested in this community, and I look forward to building upon the wonderful educational experiences that Joplin Schools has to offer.”

Harding and his wife, Janel, an elementary school counselor for the Joplin School District, have two sons that attend Joplin Schools. He is also an active volunteer for the Will Norton Miracle League of Joplin and Joplin Youth Sports. 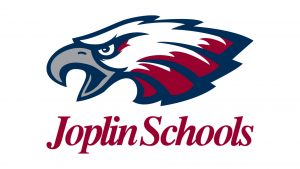 (Diamond, MO) – George Washington Carver National Monument is pleased to host the 6th annual Storytelling Day event on Saturday August 27, 2022, from 11:00 am to 2:00 pm. This event celebrates the National Park […]

(Neosho, MO)  – Stay up to date on news from Crowder College and know what’s happening on and off campus! Academics The summer and fall 2021 schedule is now available to view here. Schedule an appointment with your […]