Joplin Little Theatre (JLT) is getting ready for the upcoming holiday season with a Christmas play, a photo booth, and much more. See all the details below!

Six Who Were There — Coming December 1

JLT is proud to present Six Who Were There by June Lauzon.

In this holiday play, six different people are represented, each giving his or her own version of what happened on that starry and eventful night in Bethlehem. The monologues are accompanied by choral singing. This is a meaningful, warm play for the season.

The cast listing for the show is included below:

JLT is offering a chance for you to have a special Christmas photo taken during the run of Six Who Were There with a photo booth, which will be set up in the President’s Room for family or individual photos before and after the performance.

For a fee of $20, you will receive an instant photo disc of Christmas memories to take home!

If you have a large group or a pet who you would like to include in your photo, separate appointments will be available on Saturday, December 4 from 12:00 to 2:00 pm. Appointments for Saturday and before the performance can be made by calling the JLT office at 417.623.3638 during office hours. Photos after the performance will be taken on a first-come, first-served basis.

Auditions for Driving Miss Daisy by Alfred Uhry will be held on Monday, December 6 and Tuesday, December 7 at JLT starting at 7:00 pm. The production will be directed by Greg Green, who is look for a cast of three adults, including:

Those wishing to audition should be prepared for cold readings from the script.

Winner of the 1988 Pulitzer Prize, Driving Miss Daisy chronicles 25 years in the life of Daisy Werthan, a wealthy Jewish widow and her proud, soft-spoken African American chauffer, Hoke Coburn, in post-war Atlanta. Driving Miss Daisy is a warm-hearted, humorous and affecting study of an unlikely relationship between two seemingly opposite personalities.

The JLT office has returned to regular office hours: Monday through Thursday, from 9:00 am to 2:00 pm. Please know that from September 29 to October 2,  the box office will be open from 9:00 am until curtain time, and Sunday, October 3, the box office will not open until 12:00 pm. If no one answers the phone, please leave a message and your call will be returned. 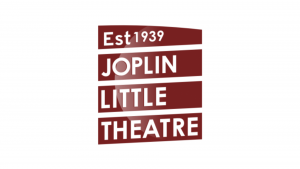 (Joplin, MO) – Connect2Culture (C2C), Joplin’s community arts agency, is excited to partner with Americans for the Arts and announce its participation on behalf of the City of Joplin in Arts & Economic Prosperity 6 (AEP6), the sixth […]

(Joplin, MO) – Wildcat Glades Friends Group, along with other partners, will be hosting a hands-on preschool connections program, kids and adult yoga, an Earth and Arbor Day event, and their annual Ghostly Glades event in October. […]

(Joplin, MO) – Southwest Missouri Bank, trustee of the W.R. Corley Memorial Trust, has announced the second year of availability of grants to qualified non-profit organizations. Eligible entities include those who provide services to the […]