(Joplin, MO) – As of September 30, 2021, Chelsey Bode is officially Pearson-Kelly Technology’s sole owner, making her one of only a handful of sole female owners in the technology industry.

While this transition doesn’t change much in the day-to-day operation of Pearson-Kelly, it’s a huge step forward for the industry. As owner, Bode sets an example for other technology businesses across the country to create cultures that include and build up female leaders. Since taking over day-to-day operations in 2011, Bode has made a point to include women on her leadership team and throughout Pearson-Kelly Technology. Currently, their team is almost 30 percent female (5 percent higher than the industry average), 40 percent of whom hold leader positions.

This transition also allows Bode to lean even further into her visionary side, focusing on the future of Pearson-Kelly Technology and delegating much of her day-to-day responsibilities to her Executive Vice President and leadership team. According to Bode, “I’ve held back a little because I didn’t want to do something that was too aggressive and not in my dad’s best interests.”

While Mike Kelly also pushed Bode to take those risks because he didn’t want to hold up company growth, this transition grants Bode a sense of freedom as she sets the vision for Pearson-Kelly’s future. 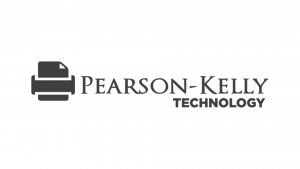 (Las Vegas, NV) — Stronghold Data, a New Charter Technologies Company, has been named the MSP of the Year by the prestigious Channel Partners and Channel Futures MSP 501 at the MSP Summit held November […]

Robotic process automation, machine learning, algorithms — what do these terms have in common? They are all part of artificial intelligence (AI) and used for spam filters on your email, digital assistants, and more. Join […]