Since the arrival of e-commerce, physical stores in Missouri have been competing at a big disadvantage. However, in response to the Missouri business community united under the Missouri Chamber, state lawmakers have finally put all retailers on equal footing by requiring online sellers to collect sales tax.

This concept, commonly called the “Wayfair fix,” comes in response to a 2018 U.S. Supreme Court ruling in South Dakota v. Wayfair, which determined that economic nexus rather than physical nexus is all that is needed to require sales tax collection.

Missouri is the last state to adopt this change, an action made even more relevant now due to the economic hardship Missouri-based employers have faced during COVID-19 — including the pandemic trend of online shopping over patronizing local stores.

“This bill is especially timely as we work to reopen businesses across the state. It never made sense to place our own Missouri employers at a disadvantage. With the risks of the pandemic starting to dissipate, creating a level playing field will help encourage Missourians to patronize local stores and reinvigorate our economy,” said Daniel P. Mehan, Missouri Chamber president and CEO. “Sen. Koenig’s work was instrumental in getting Senate Bill 153 passed and we’re grateful for his leadership on this issue. We are proud to finally have Gov. Parson’s signature on this important legislation.”

View the full article from the Missouri Chamber here. 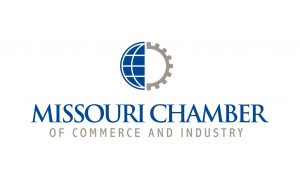 The Final Gavel Falls The final gavel fell on the evening of May 12, signaling the end of the Senate’s 2022 legislative session. Many of my sponsored bills were “Truly Agreed To and Finally Passed” […]

Our local centers for entrepreneurship are getting a few facelifts. Not only are we updating programming and business service offerings, but we are also changing the physical aesthetic of our innovation centers to inspire a […]