(Neosho, MO) – Come out and celebrate TommyHawks Fourstates one year anniversary on October 2 and October 3!

The TommyHawks Team can’t believe they’ve been open for a year already. So, to thank their loyal “kick-axe” fans, they’re holding two days of events to celebrate:

Any paying customer on Friday gets a sticker and 50% off of their lane for the following day, Saturday October 3.

Lanes open and the skills tests begin. It is $5 to enter, and the winner gets their choice of a TommyHawks shirt or tumbler, as well as a Winter Axe League Membership, valued at $150!

Registration for the Cornhole and Ping-Pong Tournaments open. It is $10 to enter either tournament, or $25 to enter the TriAxalon, which includes entries in cornhole, ping pong, and axe tournaments (not skills tests).

Entries for the grand prize raffle begin with a chance to win a TommyHawks membership, including a custom axe and a shirt or tumbler, altogether valued at $155. Tickets are $2 each or $10 for six. Raffles will be drawn randomly throughout the day!

Cornhole Tourney begins with a chance to win the grand prize, a Cornhole League Membership and a shirt or tumbler, valued altogether at $105.

The Ping-Pong Tourney begins with a chance to win a shirt or tumbler and an axe pass, altogether valued at $50.

The Axe Tourney begins with a chance to win a Tommy Hawks White membership and a shirt or tumbler, altogether valued at $75.

Swarks Food Truck will arrive and stay until 10:00 pm.

Grand prize raffle winner will be announced on Facebook Live, as well as the TriAxalon winner.

Come out and join the TommyHawks team at 7837 Gateway Drive in Neosho, Missouri and celebrate their one year anniversary! 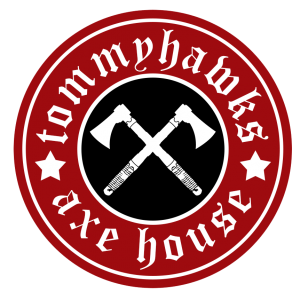 Whether you have multiple entities or a single entity with plans to add more, you likely know the headaches involved with multi-entity management, especially if you’re relying on spreadsheets for consolidations. Join BKD CPAs & […]

(Neosho, MO) – Stay up to date on news from Crowder College and know what’s happening on and off campus! Academics All locations will be closed for Good Friday on April 15. Priority enrollment for summer and fall […]

Joplin Little Theatre Spotlight for May 2021

After being in the dark for the past year, Joplin Little Theatre (JLT) is back in operation! Here is what’s coming up this month: Children’s Summer Workshop 2021 Under the direction of Tegan Whited This […]