(Joplin, MO) – Kansas City University (KCU) announces the appointment of Kenneth Heiles, DO, as campus dean for the College of Osteopathic Medicine (COM) – Joplin. Heiles has served as associate dean of Graduate Medical Education and professor of Family Medicine since 2019.

Heiles has a distinguished career as both a practicing physician and leader in the field of osteopathic medicine. He has dedicated himself to treating rural and underserved populations, as well as the education of future osteopathic physicians. Prior to his tenure at KCU, Heiles served as director of medical education and osteopathic family medicine residency director in Pine Bluff, Arkansas, where he was affiliated with the University of Arkansas for Medical Sciences. Additionally, he served as associate dean of graduate medical education for DeBusk COM at Lincoln Memorial University and founding dean of the Arkansas COM, where he played an instrumental role in guiding the developing school through provisional accreditation. He practiced family medicine in the rural setting of Star City, Arkansas prior to entering academics.

“As associate dean of Graduate Medical Education and professor of Family Medicine, Dr. Heiles has been a motivated, collaborative, and engaged leader since joining the KCU team. He has demonstrated his commitment to the KCU community as a whole and has made significant contributions to the continued success of the Joplin campus,” said W. Joshua Cox, DO, executive dean of the KCU-COM and vice provost for Medical Affairs. “His established connections and relationships in the region and vast administrative experience in osteopathic medical education will ensure KCU’s continued success with COM initiatives.

Heiles earned his Doctorate of Osteopathic Medicine from Philadelphia COM. A fellow of the American College of Osteopathic Family Physicians, he served as the organization’s national president from 2010 to 2011. In October 2021, the American Association of Colleges of Osteopathic Medicine (AACOM) elected him to serve as the inaugural chair of the Assembly of Council Leaders, a role in which he will act as the point of contact between the Assembly of Council Leaders and AACOM executive leadership.

His primary responsibilities at KCU-Joplin will include managing and directing the daily operations of the medical school as well as ensuring the wellbeing and academic success of students. He will serve as a member of the KCU-COM dean leadership team committed to the seamless integration of the two medical school campuses.

Kansas City University, founded in 1916, is a fully accredited, private not-for-profit health sciences university with Colleges of Osteopathic Medicine, Biosciences and a developing College of Dental Medicine. The College of Osteopathic Medicine is the eighth largest medical school in the U.S., the ninth most impactful medical school for primary care for the nation, the tenth most affordable of private medical colleges, and the leading producer of physicians for the State of Missouri. The College of Osteopathic Medicine has two sites strategically located on the University’s campuses in Kansas City and Joplin, Missouri, to address the growing needs of both urban and rural populations. The University offers multiple graduate degrees; a doctor of osteopathic medicine; a doctor of psychology in clinical psychology; a master of arts in bioethics; a master of science in the biomedical sciences; a master of business administration in partnership with Rockhurst University; a new master of public health in partnership with the University of Nebraska Medical Center; and plans to seat the first doctor of dental medicine students in 2023. 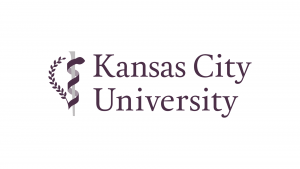 (Joplin, MO) – It all started with dry, itchy eyes for James Bourgault, a nursing supervisor in the Mercy Joplin cardiovascular intensive care unit. He suspected he had an eye infection. But then he developed […]

(Neosho, MO) – Stay up to date on news from Crowder College and know what’s happening on and off campus! Academics Welcome back, Roughriders! Classes began August 22 for 16-week courses and first 8-week courses. Enrollment in second […]

(Joplin, MO) – While backup plans are in place should the COVID-19 pandemic situation change, Missouri Southern State University is moving forward toward fully opening campus this fall. “The Fall 2020 semester will be an […]