(Joplin, MO) – When he was a football player at the University of Southern Florida, Dr. Kevin Christian, Freeman General & Vascular Surgery, had several encounters with orthopaedic surgeons, steering his interest in medicine toward surgical specialties.

“Growing up, I idolized my pediatrician, and that first got me interested in medicine,” said Dr. Christian. “As a football player, I had my knee scoped and both shoulders scoped. Then while in medical school in Fort Lauderdale, Florida, I fell in love with general surgery because of the breadth of things they dealt with. It’s not just one organ system.”

Dr. Christian completed his general surgery residency at TriHealth/Good Samaritan Hospital in Cincinnati, Ohio. He says he finds joy in helping patients find a solution to their discomfort or pain.

“The thing I enjoy the most with general surgery,” said Dr. Christian, “is the person, for example, who has terrible nausea and pain for years and years and we figure out it’s their gallbladder. We take it out and all of a sudden they feel like a new person, and they’re so thankful for that.”

During his surgery residency, Dr. Christian experienced trauma surgery and decided to stay in Ohio to complete a Surgical Critical Care/Trauma Fellowship at the University of Cincinnati. He  has worked the last six years doing a combination of general and trauma surgery.

“It’s having someone on death’s door and through God’s grace, you have the ability to keep them around longer,” said Dr. Christian. “So, trauma can be very rewarding. The biggest challenge is not being able to fix everybody.”

Dr. Christian also has experience with robotic surgery and says he is excited about the continued expansion of minimally invasive surgery.

“Even from when I was an intern, procedures you wouldn’t imagine doing are now requiring smaller and smaller incisions with faster recoveries,” said Dr. Christian. “What was once held true as the absolute way of doing a surgery, we now realize we can do in ways that are minimally invasive and better for the patient.”

Dr. Christian believes surgery is a team approach with the patient being actively involved in their care plan.

“The optimization of a patient for surgery is getting them in the best physical, nutritional and mental state,” said Dr. Christian. “Data shows the benefits in outcomes. We work on this together to put you, the patient, in the best position to be successful.”

He is excited to join the Freeman Health System team, where he says the atmosphere is more personable than other hospitals, which felt like corporations.

“Interactions with staff and physicians here have a lot closer-knit feel to it,” said Dr. Christian. “It’s like people here are working together for a common goal. I was also surprised and impressed that Freeman has all the resources, sub-specialties and ancillary services that mirror what we had in Cincinnati or Springfield.”

Dr. Christian is married with two children, ten-year-old Jackson and nine-year-old Lily. His wife, Gretchen, is an internal medicine hospitalist who will join the Freeman team in August of 2022.

Dr. Christian is accepting new patients. A referral is required. To make an appointment, call Freeman General & Vascular Surgery at 417.347.7272. 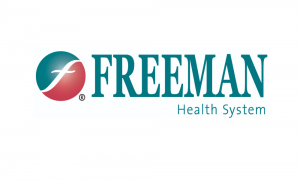 (Joplin, MO) – At 18 years old, Cory Emmert took a job as a pharmacy technician at Freeman Hospital West. It would be the first of many positions for him at Freeman Health System, including […]

Top 10 Most Important Things to Know About Medicaid