The students heard from Joplin Chief of Police Sloan Rowland and learned how the court system works by participating in a mock trial led by Judge Gayle Crane, Theresa Kenney, Emily Randol, and Shawn Dodson. They also heard about the appeals court from retired Judge Dan Scott. The day also included police demonstrations of the K-9 unit, SWAT unit, and a shooting simulator.

Thank you to Missouri Southern State University for their presenting sponsorship of the TLT class! 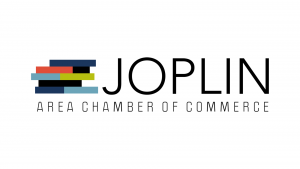 (Joplin, MO) – The Joplin Area Chamber of Commerce had 80 golfers compete in their annual golf tournament on October 9.  Players had the opportunity to participate in the marshmallow long drive, as well as […]

Joplin Area Ranks Among Best Places to Work in Manufacturing

Despite losing roughly 7.5 million jobs nationwide since its peak in 1969, the manufacturing industry is still flourishing in some parts of the country, including Joplin. In its sixth annual study, SmartAsset analyzed data for […]