(Joplin, MO) – Dave Rockers, the Director of the Franklin Technology Center, has been awarded the Administrator of the Year award by the Missouri Association of Career and Technology Education (MOACTE). Mr. Rockers was selected out of administrators from 57 different schools across the state.

Mr. Rockers started out at Crowder College and is in his twenty-sixth year in career and technical education (CTE) and his seventeenth year as an CTE administrator. He brings a great deal of knowledge and experience to Joplin Schools as one of the most seasoned directors in the state of Missouri.

“This has been a dream position for me,” says Rockers. “Because I wanted to be a career and technical administrator at a tech school, and I wouldn’t want to be anywhere else.”

Please help us congratulate Mr. Rockers on this accomplishment! 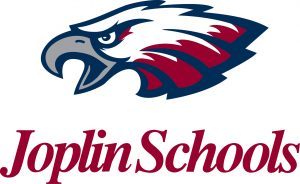 Crowder College’s Business and Industry Training Opportunities for April, May, and June 2021

(Joplin, MO) – Crowder College’s Training & Development Solutions is offering a variety of business and industry training courses in April 2021, as well as some courses in May and June. Computer Training: Microsoft Teams – April […]

(Joplin, MO) — Children’s Center of Southwest Missouri continually explores viable ways to expand therapy services to further reduce entry barriers for rural and remote families. In fall of 2019, a partnership was formed with […]

(Neosho, MO) – Stay up to date on news from Crowder College and know what’s happening on and off campus! Academics Enrollment is open for summer and fall classes! See the full schedule on My Crowder and click […]