Under the agreement approved by the Commission, refunds will be credited to all current customers as a one-time credit to their bills rendered on or after August 1, 2020, and will appear as a separate line item on customer bills. According to the agreement, the one-time bill credit for Spire East residential customers will be $7.04. The one-time bill credit for Spire West residential customers will be $17.75.

The agreement approved by the Commission resolves issues in Spire Infrastructure System Replacement Surcharge (ISRS) cases from 2016, 2017, and 2018 remanded from the Missouri Western District of Court Appeals.

The 2016 and 2017 cases were remanded to the Commission to determine refunds to its customers of the ISRS surcharges related to Spire’s recovery of plastic components. The 2018 ISRS cases were remanded to the Commission to remove from Spire’s revenue requirement the cost incurred to replace cast iron and bare steel mains and service lines not shown to be worn out or deteriorated. The Court of Appeals also mandated that a refund of these costs should be given to rateplayers by the most expeditious means available.

The ISRS appears on the bills of most natural gas companies under the regulation of the Missouri Public Service Commission. The surcharge is designed to provide the utility company more timely recovery of a portion of the expenditures it incurs to replace and extend the useful life of its existing infrastructure (pipeline system) for those projects that were completed after the company’s most recent rate case. 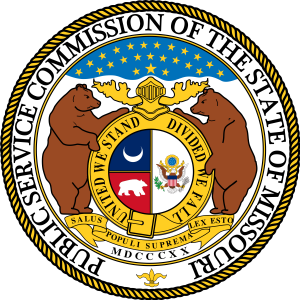 “How Are You Connected?” City Asking Residents to Take Survey About Internet Use

As part of its Smarter Joplin Roadmap Initiative, the City of Joplin and its partners are working to learn more about our community’s technology usage and needs. To start this effort, we are conducting an […]

The One Joplin Literacy Team and Joplin Parents as Teachers (PAT) are hosting a Children’s Literacy Resource Drive during the month of May to support Kindergarten Bootcamp and future Joplin PAT home visits. Additionally, book donations will […]

A Closer Look at the American Rescue Plan Act of 2021

On March 6, the American Rescue Plan Act of 2021 was approved by the Senate. This new $1.9 trillion bill will affect businesses in several ways, including changes to employee retention credits, paid leave credits, […]