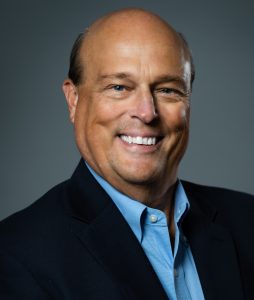 What do we Joplin residents want for our community? It’s a question City Manager Nick Edwards posed in 2020 and, 7,000 comments later, what we want is pretty clear.

We want downtown and older commercial areas restored. As part of that, we want more City support for entrepreneurs starting new businesses that fill vacant buildings and add jobs, particularly jobs which will help keep our children and grandchildren in Joplin.

We want a more focused, coordinated effort to help those in need while addressing public safety issues caused by homelessness.

Overall, we say we want to see Joplin continue to grow; to be a place that attracts new residents and encourages current residents, especially the next generation, to stay. We emphatically say Joplin is a good place with lots of positives, but we want it to be a great place.

The City of Joplin has responded. All the input has gone into an action plan that addresses five critical areas we — you and I and thousands of others — have said need action:

It’s a solid plan based on our Joplin residents’ input. But there is no use thinking about it because the City of Joplin does not have the resources to go beyond what it is doing today. Here’s why: The City is funded almost exclusively on sales taxes. For many years, as our city grew, sales tax revenue grew. But now, more and more purchases are made online. When something is purchased online, there is no sales tax for Joplin. So even though our city continues to grow, revenue is flattening out. I don’t say that to discourage shopping online. I do it, you probably do it, and with the pandemic, almost everyone does it. But the result is that revenue is not keeping up. Yes, the City can move the budget around a bit; it can give some things priority over others. But to truly move forward, to be a better, safer place for all, then “no use” need to become “yes use.”

Proposition Action is on the ballot November 2. It implements a “use tax.” I want to stress this is NOT a new tax. A use tax applies the same local, current sales tax to on-line purchases. That can mean a lot. Our neighbor Webb City has a use tax, just like more than half of Missouri cities. The use tax brings more revenue to Webb City and the other cities each year. If Joplin had the use tax, it could bring nearly $4 million more a year to reinvest in our community.

That’s more money for police and fire, more money to address security in the parks and address stormwater issues in neighborhoods, more money in the general fund to address blighted buildings. There is more revenue to do the things we say we want done for Joplin to be great.

I want to stress you are paying State use tax when you buy online. Webb City is getting its share too. Carthage just passed a use tax and will be getting more revenue. It’s time for us to get ours.

The City of Joplin will put the proceeds of Proposition Action directly to nearly fifty action steps in the five key areas noted above. We have told the City it’s time to move forward to be a better, safer, more livable place. Not just good, great. We get there when we say “yes use” by voting Yes for Proposition Action on November 2.

(Joplin, MO) – As Independence Day approaches, citizens need to keep safety in mind as they handle fireworks to avoid any problems. To provide a safer environment for families, neighbors, and visitors to our community, […]

(Joplin, MO) – The City of Joplin is seeking a broadband partner interested in helping the City bring fiber-optic broadband to every home and business in the city. The intention of this Request for Information […]